Sonadezi Corporation said that after the People's Committee of Dong Nai province issued Directive No. 15/CT-UBND and lockdown many areas to prevent and control the Covid-19 epidemic, Sonadezi actively implemented a program to assist for supporting forces and citizen in the lockdown area. The project has been coordinated by the Vietnam Fatherland Front Committee (UBMT) in Bien Hoa City, Long Khanh City, districts and the Military Command of Dong Nai Province.

Recently, the project has been implemented in all districts: Dinh Quan, Tan Phu, Xuan Loc, Cam My, Thong Nhat, Trang Bom, Vinh Cuu, Long Thanh, Nhon Trach and Bien Hoa City, Long Khanh City with a supporting budget appropriate to the epidemic situation in each locality at the time of project implementation 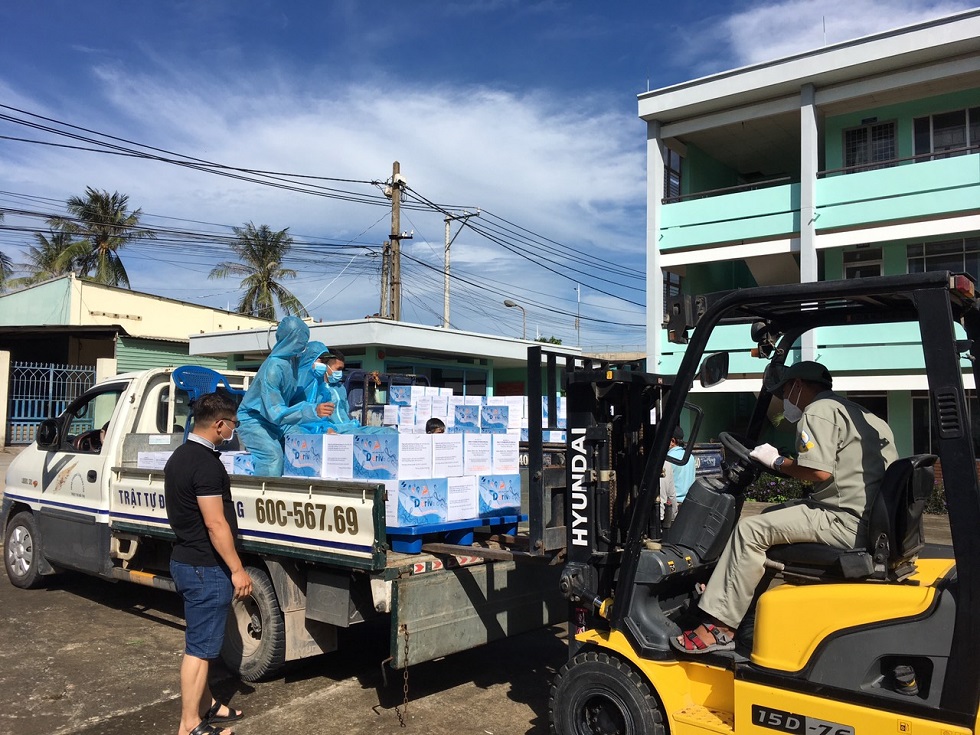 With VND 2 billion, Sonadezi and its member transferred a part of donation to the Vietnam Fatherland Front Committee in districts, cities and the Military Command of Dong Nai province in order to supporting in accordance with the actual needs of the epidemic prevention and control forces as well as people in the lockdown area. In addition, Sonadezi used part of the fund to donate 6,300 boxes of Doriv 500ml drinking water to the epidemic prevention and control forces. 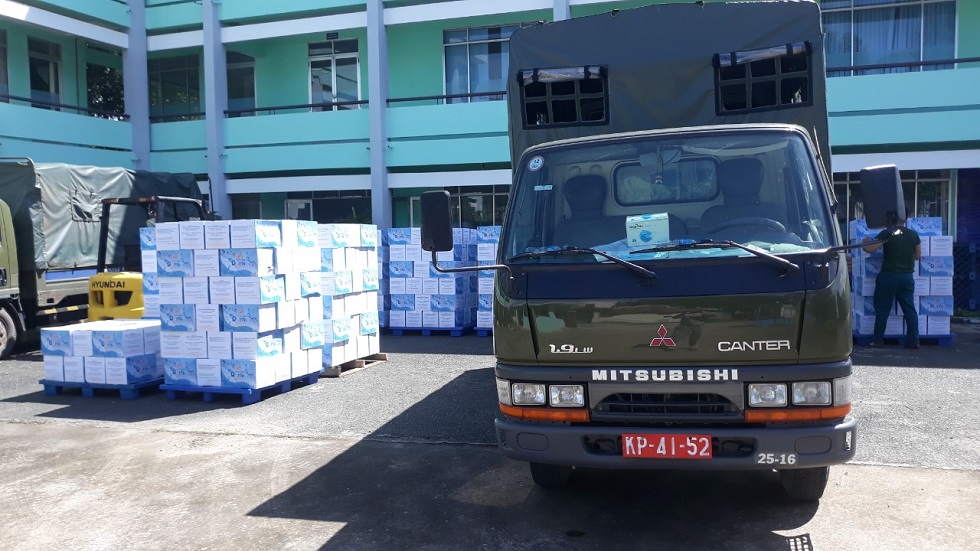 According to Dong Nai Water Supply Joint Stock Company (Dowaco, a unit of Doriv pure drinking water), the transportation of drinking water to the epidemic prevention and control forces has been completed. The coordinated forces convey to the front lines against the epidemic in a timely manner.

Besides 6,300 barrels of Doriv water supported by Sonadezi, Dowaco also donated more than 4,000 barrels of Doriv water to medical forces in hospitals, army forces, police and anti-epidemic checkpoints; to be on duty at the lockdown areas and concentrated isolation areas; hospitals that treat Covid-19 patients, field hospitals... in Dong Nai province and are still continuing to implement this project 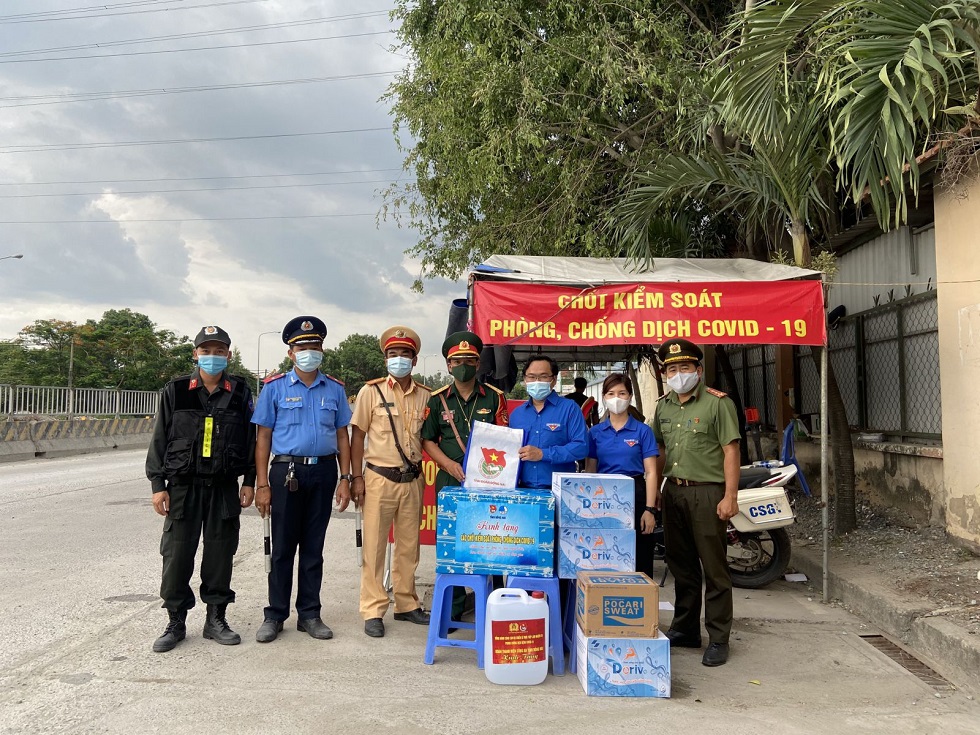 During the 4th epidemic, Dong Nai was one of the localities with complicated and unpredictable disease developments with the tendency of the epidemic to spread throughout the province. As of July 30th, Dong Nai has recorded nearly 4,000 cases positive for SARS-CoV-2. Leaders of Dong Nai Department of Health said that the number of Covid-19 infections will continue to increase in the coming days.

In that context, 8,000 health forces across the province are straining against the epidemic. There are many soldiers and youth union members who are both on duty and dividing and calculating to distribute food to the blocked poor working area… Despite the high risk of infection, they still make silent contributions day and night, never for a moment to relax in duty, to do my best for a day without Covid.

On the side of the citizen, when the province applied Directive 16 of the Prime Minister (from July 9th) and was forced to lockdown many wards, communes and residential areas with more than 400,000 people to avoid spreading the disease, people The people agreed and basically strictly followed the regulations. In difficult circumstances, interrupted work, reduced income, even no income, many people shared, cared for and helped each other. At the same time, many units, organizations and businesses have contributed to the local epidemic prevention and control and supported people, especially in areas such as workers' dormitories, seasonal workers, freelance workers...

The leader of Sonadezi Corporation shared: “Facing the hardships and difficulties of the frontline forces and people in the epidemic center, Sonadezi wants to contribute to support through the connection and support of the Provincial Military Command. and Vietnam Fatherland Front Committee in localities. These are agencies and organizations that have a large force and team, fully understand the situation of each alley, neighborhood, ward, commune... and are currently working with frontline forces at full capacity with many practical activities to support citizen. Although Sonadezi's contribution is very small, above all, Sonadezi wants to send his gratitude to the frontline against the epidemic helping people in the lockdown area ease their difficulties."

According to Sonadezi Corporation, since the spreading out of the Covid-19 epidemic until now, Sonadezi and its member have supported epidemic prevention and control activities in many localities such as Ba Ria - Vung Tau, Phu Yen... Particularly in Dong Nai, Sonadezi Corporation has implemented many common project of the whole Sonadezi system with more than 15 billion VND budget. In which, Sonadezi has donated VND 5 billion to the Dong Nai Covid-19 Prevention and Control Fund, contributing to the campaign of Covid-19 vaccination for the entire population to quickly recovery the normal state of social life. 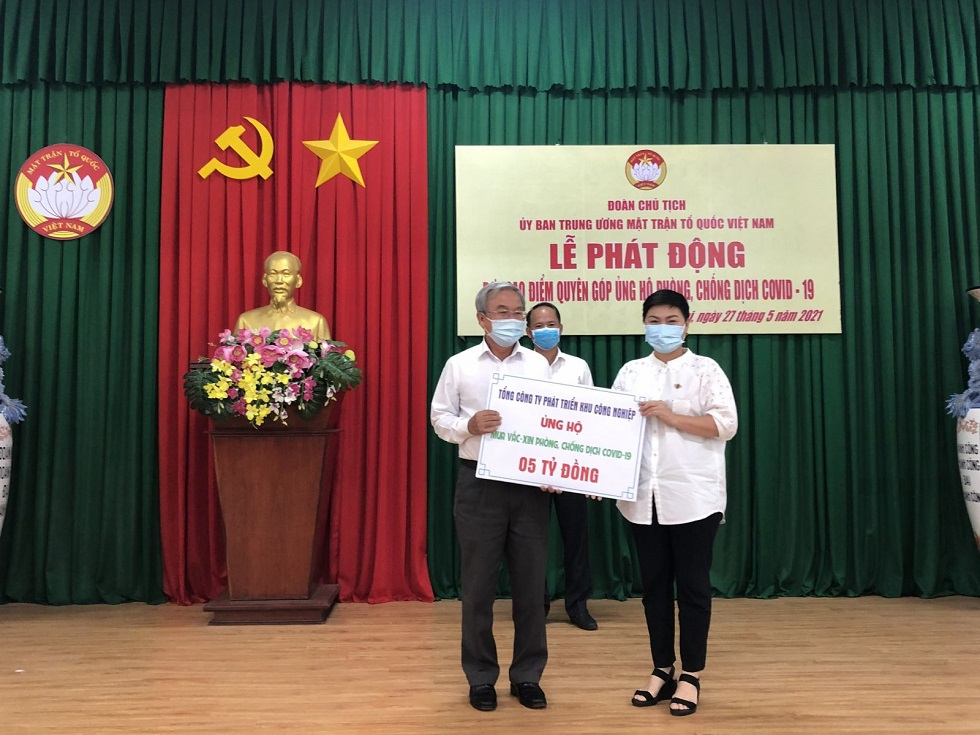 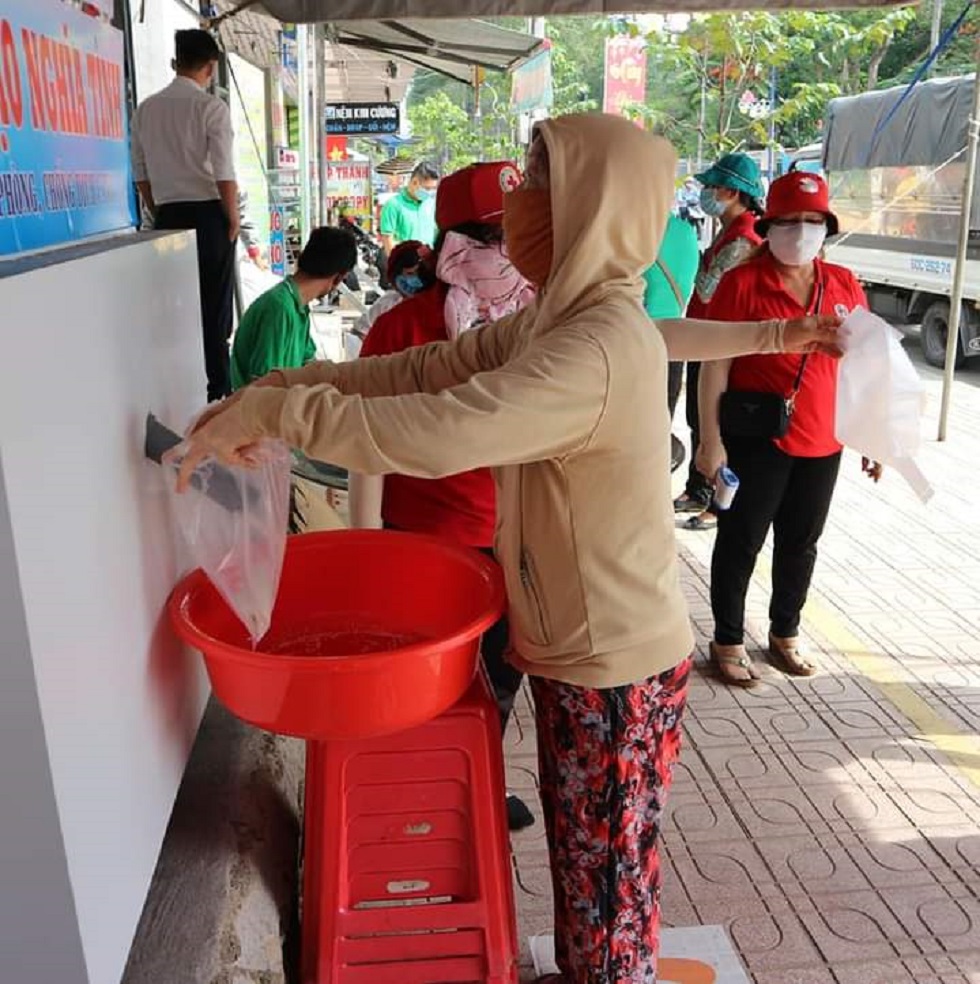 Other members such as D2D Company have supported the epidemic prevention and control activities of Trung Dung ward, Thong Nhat ward (Bien Hoa) 300 million VND; Sonadezi Giang Dien Joint Stock Company donated 100 million VND to the program "Zero stall" organized by the Department of Agriculture and Rural Development of Dong Nai province. Sonadezi Long Thanh Joint Stock Company also participates in many projects such as: supporting the Red Cross Society of Long Thanh district to open a Rice ATM for people in difficulty due to the impact of the Covid-19 epidemic; supporting Regiment 93, Department of Health, Business Union in carrying out epidemic prevention and control... And many other practical activities have been actively implemented by Sonadezi member.

Some pictures of giving Doriv drinking water to frontline forces, pictures taken by drivers and delivery teams in a hurry, without composition, lack of focus, underexposed but containing many emotions of those who are joining hands. repel Covid-19. 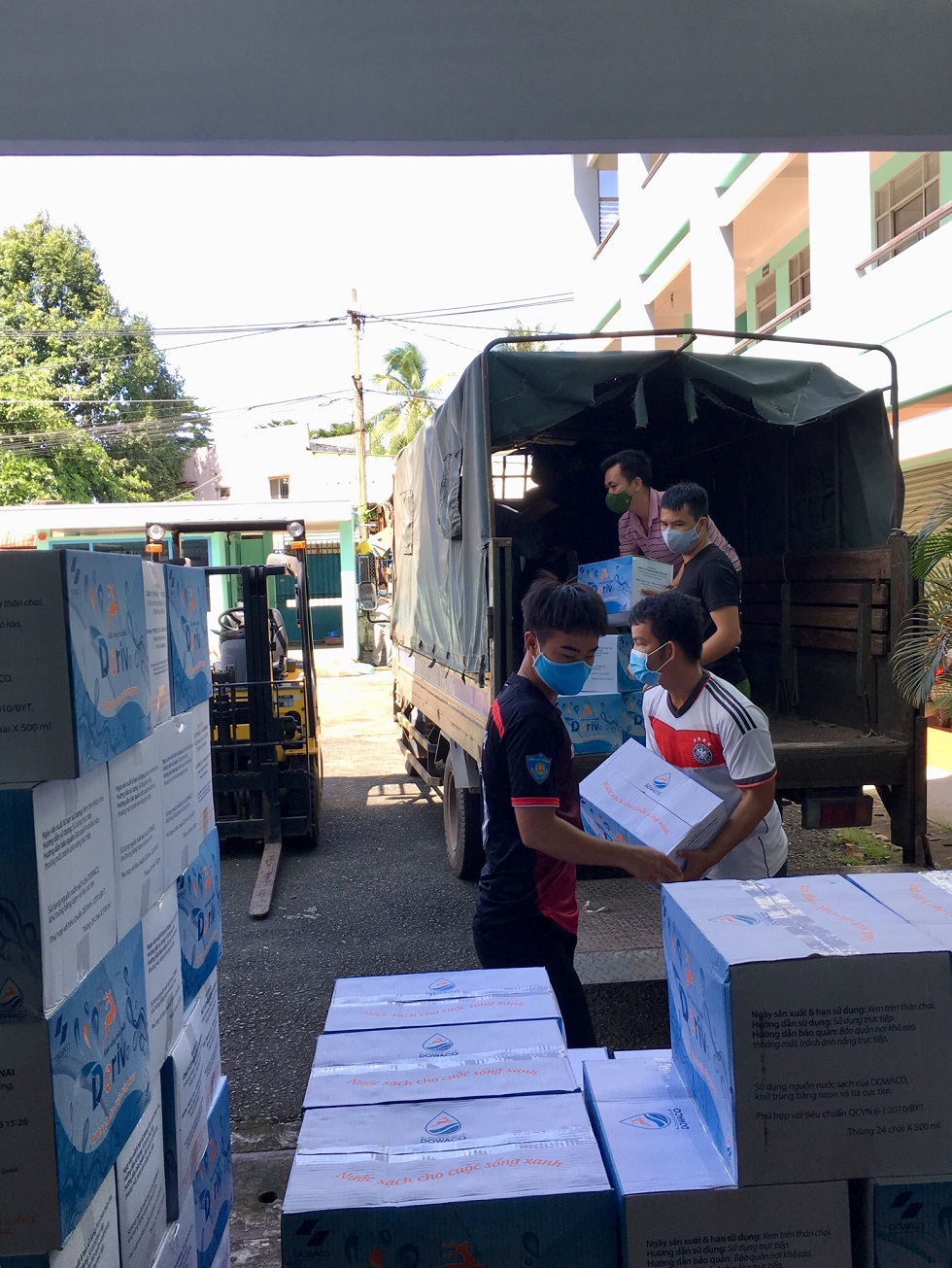 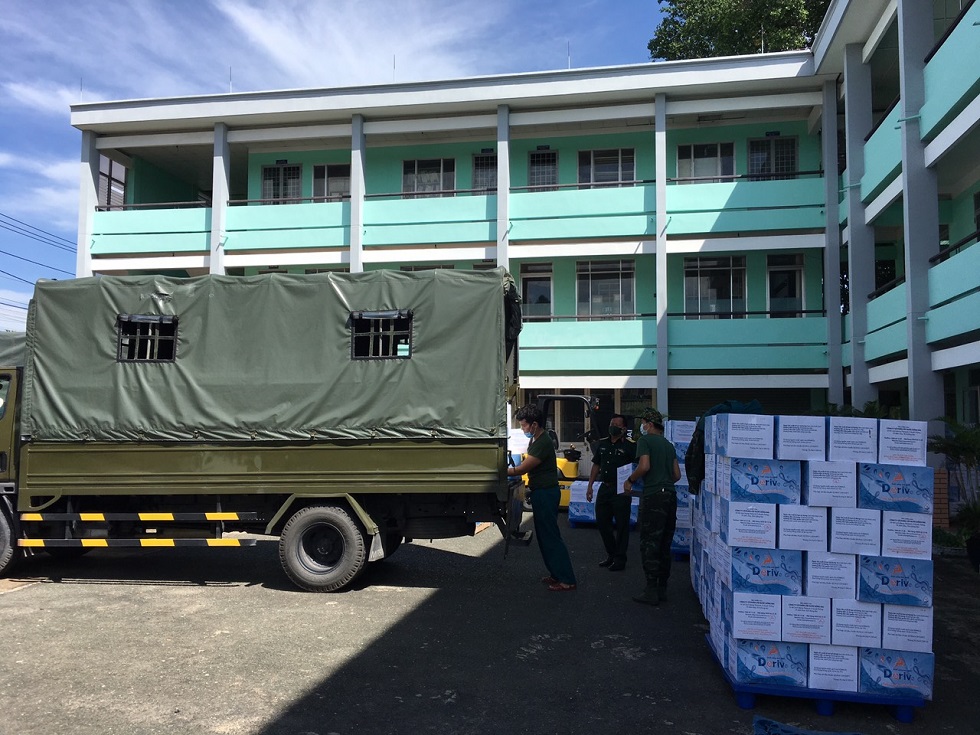 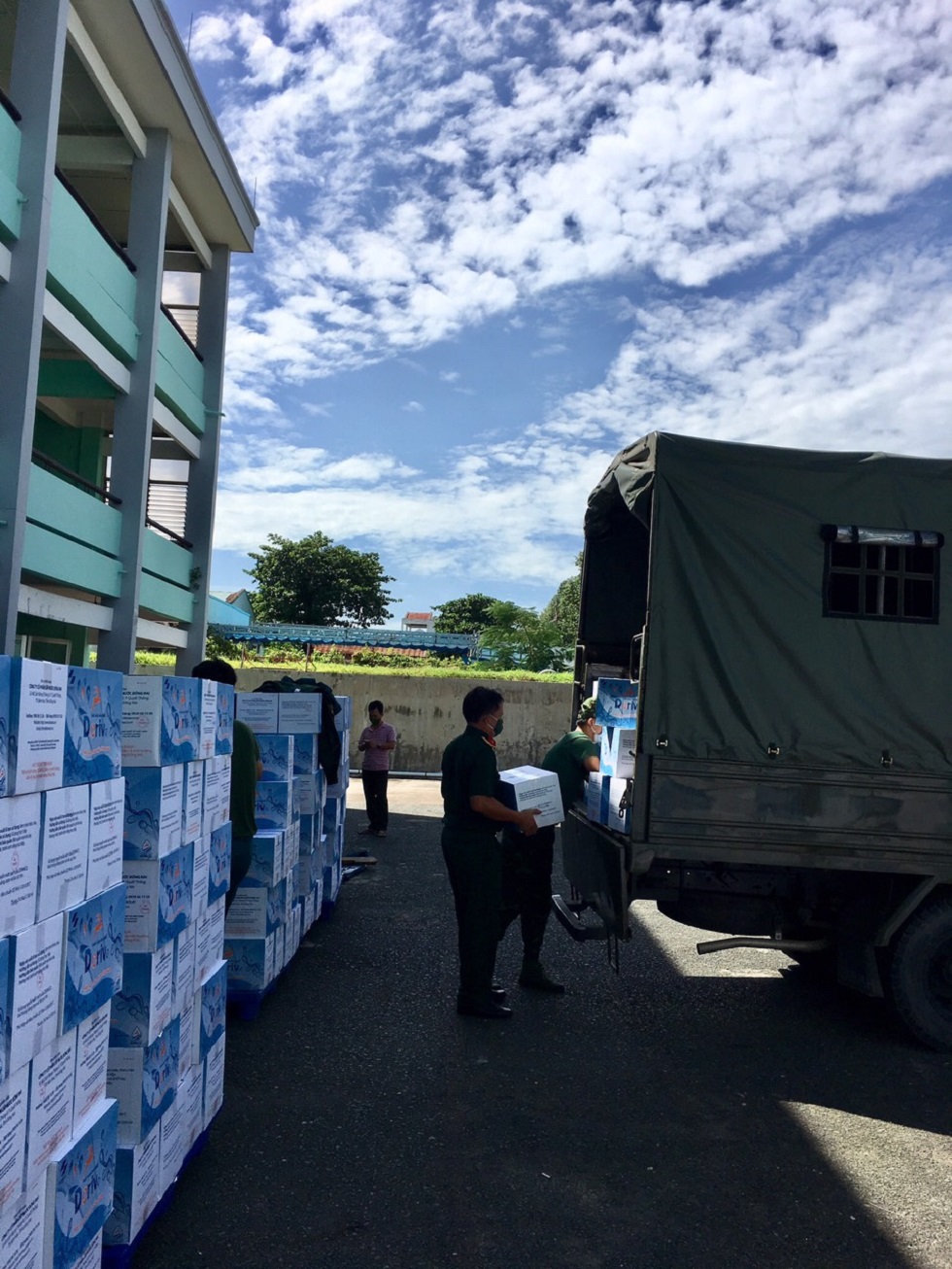 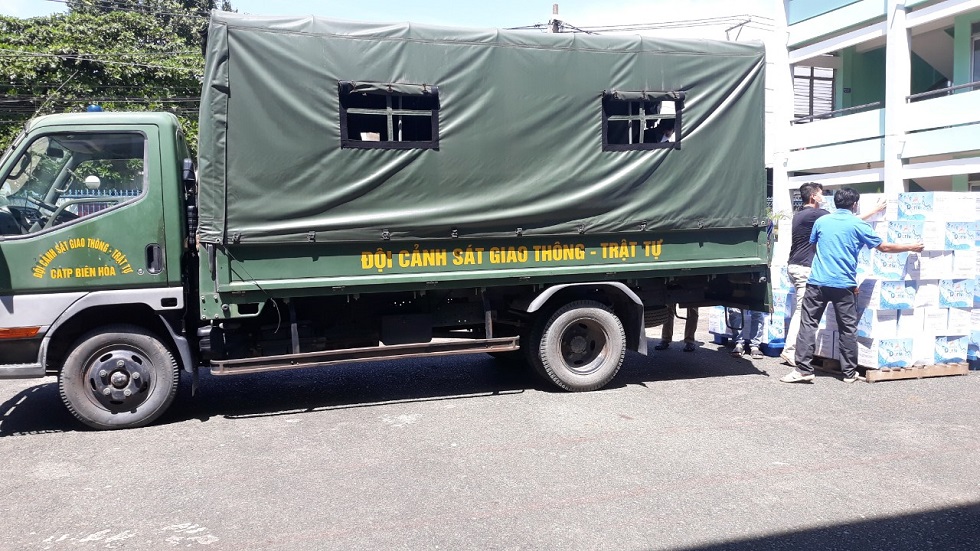 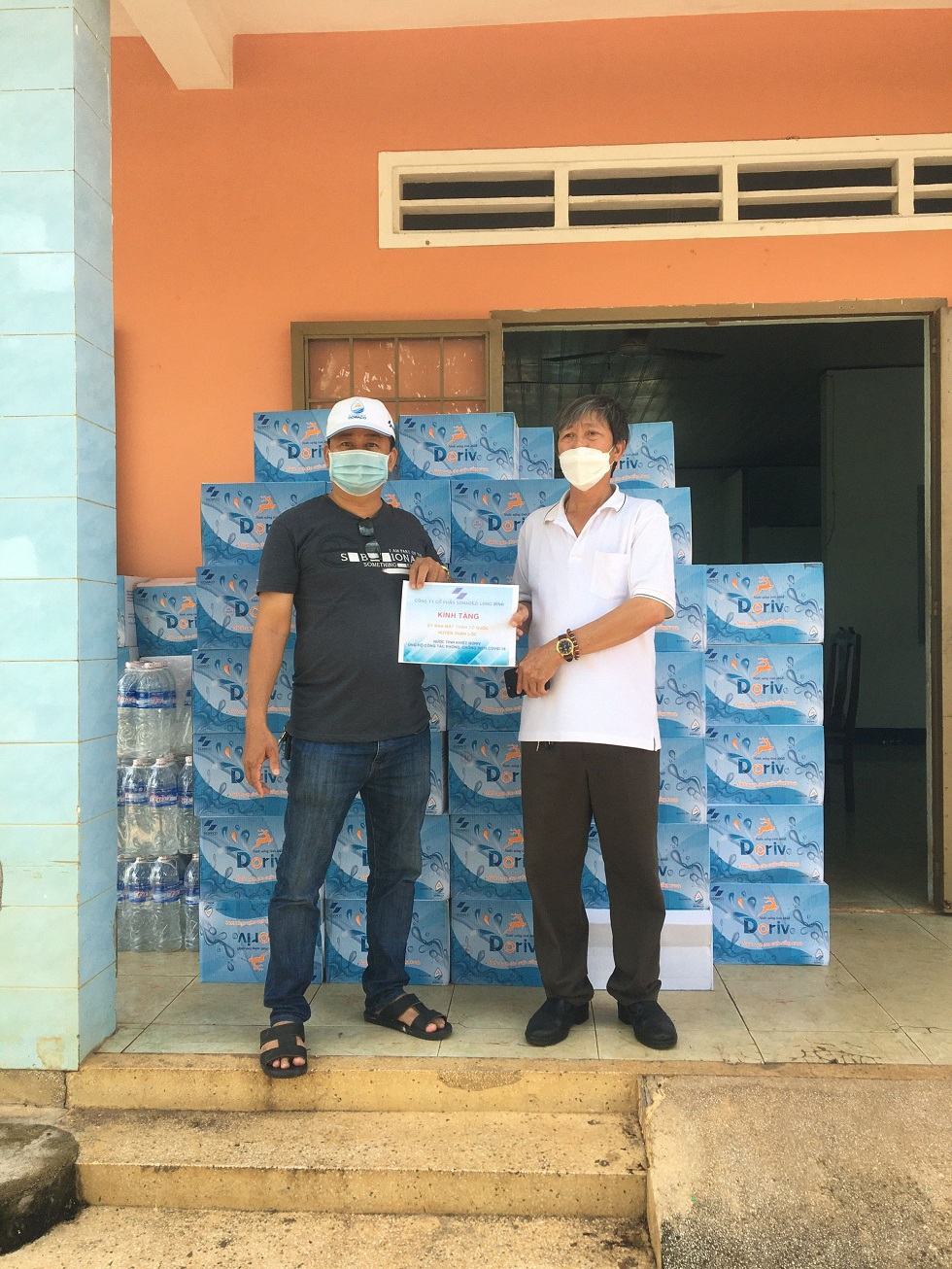 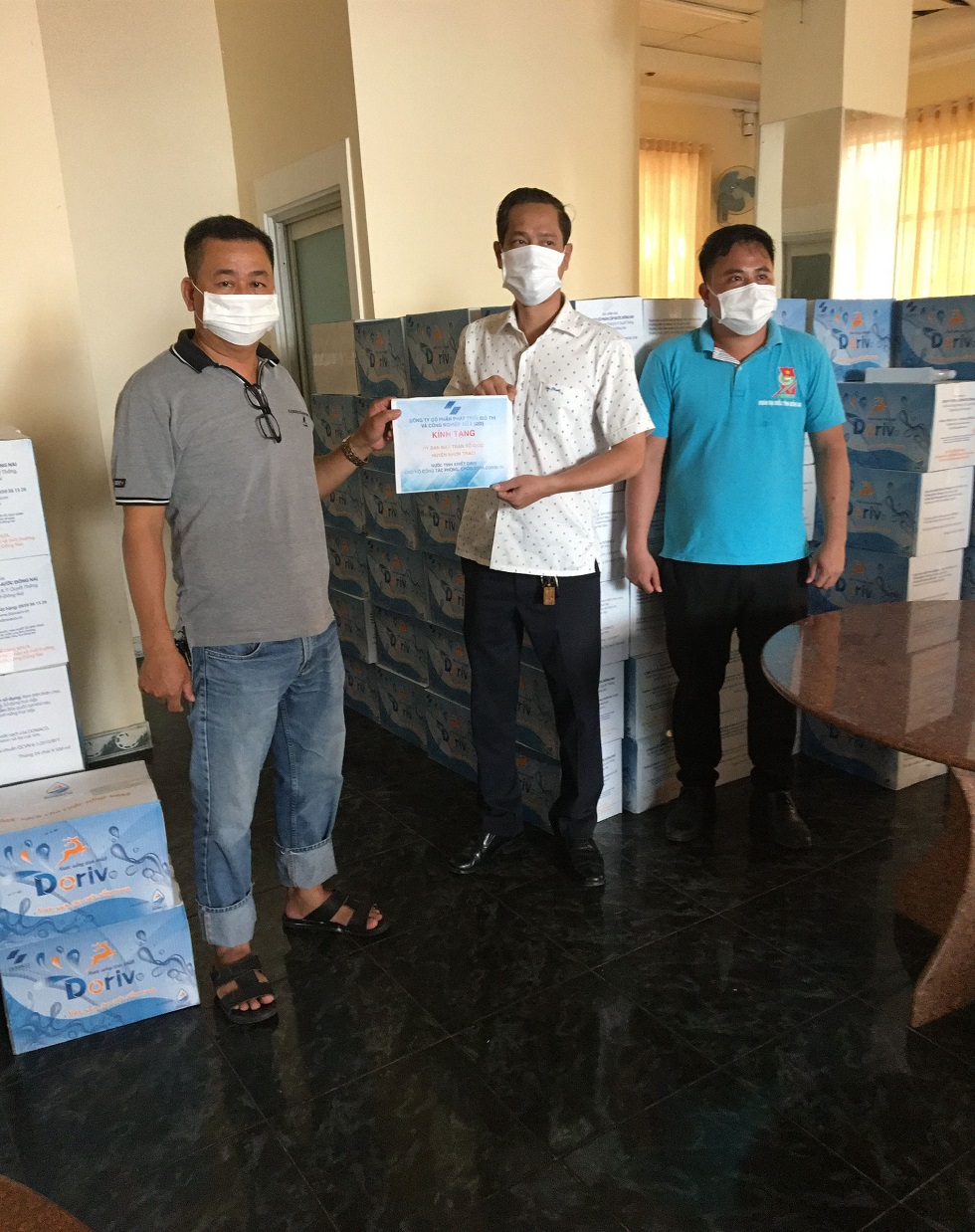 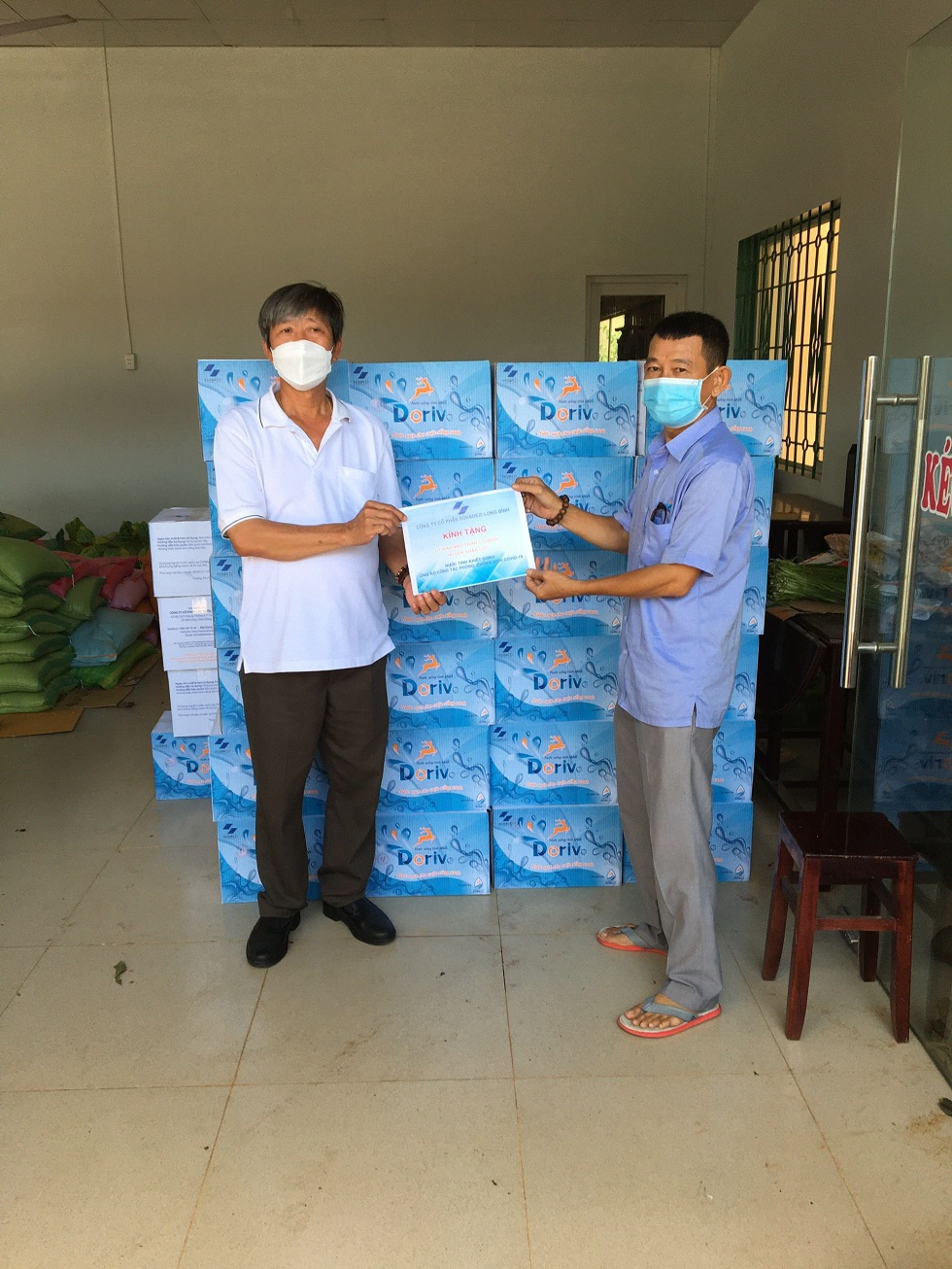 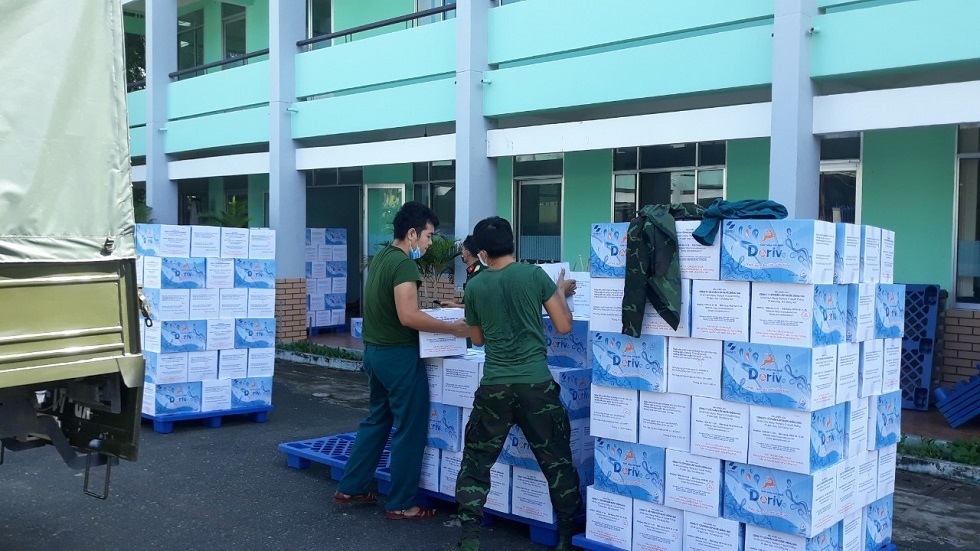 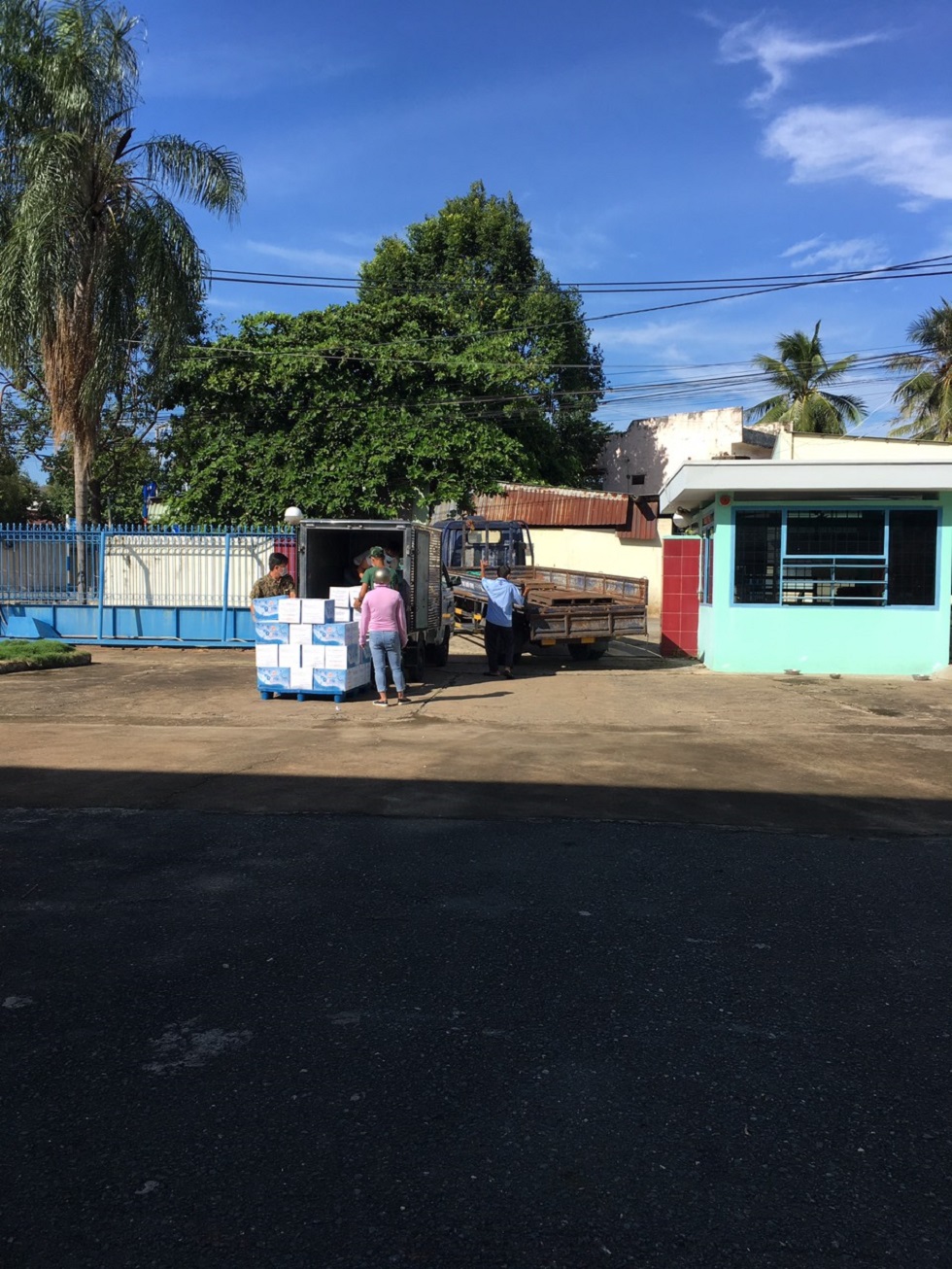 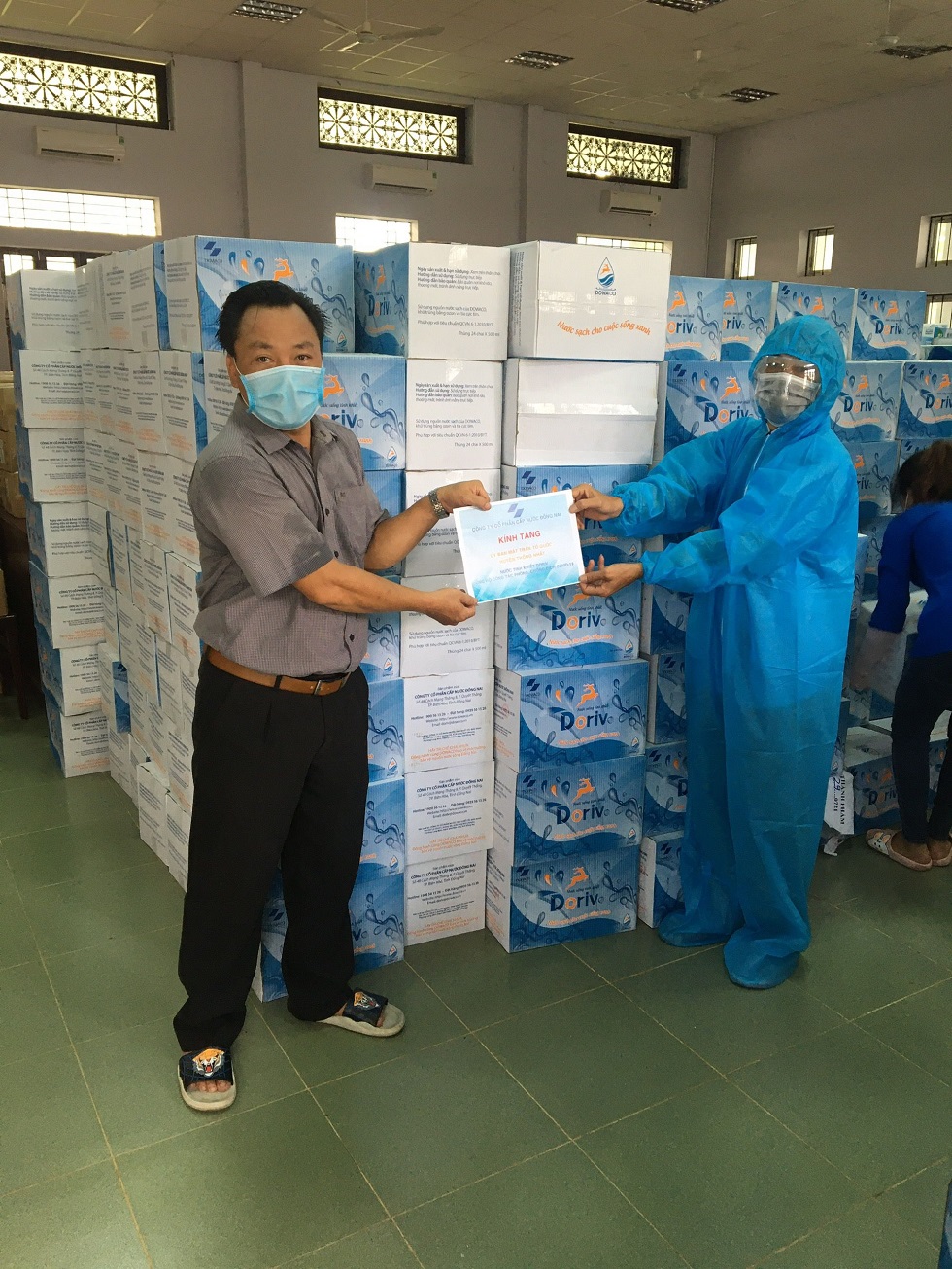 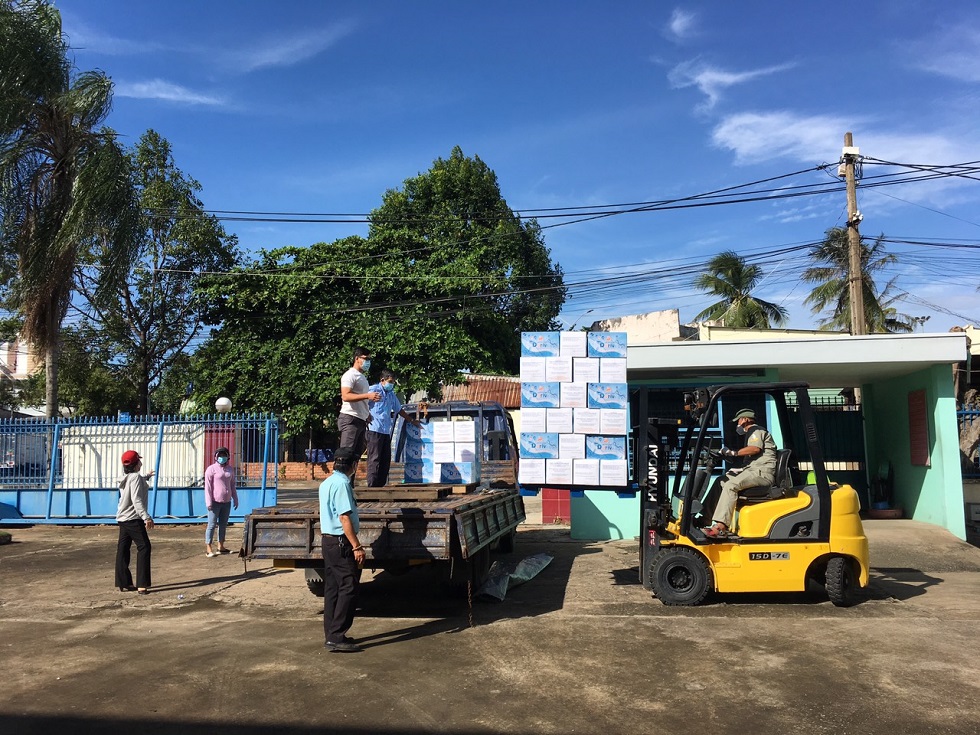